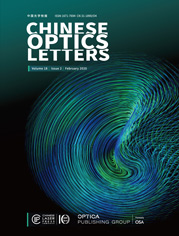 The asymmetric transmission of electromagnetic waves refers to the difference in transmittance or polarization state when they pass through media from two opposite directions. This asymmetric transmission effect has potential applications in the integrated photonic system of optical communication, information processing and all-optical computing, and has been one of the important research topics. The traditional devices with asymmetric response are too bulky to meet the needs of the integration and miniaturization of modern optical devices. In recent years, much effort has been devoted to metasurfaces used to the design of asymmetric transmission devices. Due to its flat and ultra-thin features, metasurfaces have unique application prospects in miniaturized and integrated devices compared with traditional optical components.

While there are numerous researchers that developed technologies to improve the time resolution, all such research were only focused on converting the required temporal shots into spatially or polarization multiplexed single shot. As a consequence, the temporal resolution was increased at the cost of either the field of view or signal to noise ratio. In all the previous studies, the inline FINCH hologram was reconstructed by a Fresnel back propagation which generated the twin images and bias terms. At least three camera shots with relative phase-shifts were needed to synthesize a complex hologram which, when reconstructed by Fresnel propagation, generates the image without the twin image and bias terms. A game changing approach to FINCH was introduced by the Swinburne’s nanotechnology and nanophotonics research team in 2020, in which a modified reconstruction mechanism was applied which simultaneously increased the temporal as well as axial resolution. In this study, the point spread function of FINCH is recorded and is used as the reconstructing function with a cross-correlation by a non-linear filter. Thus, the problem was converted into a pattern recognition problem. The FINCH system was realized using a spatially random multiplexed single diffractive optical element fabricated using electron beam lithography. The above procedure resulted in a compact, light-weight version of FINCH with a single camera shot and improved axial resolution.

A bi-layer meta-grating with an operating wavelength at near 650 nm is designed and studied. The designed metagrating is relatively simple, with each period containing only two unit cells. They showed that the interlayer interaction can be controlled by changing the layer gap of the bi-layer meta-grating, which can lead to a transition from nearly perfect beam splitting to high-efficiency asymmetric transmission. Specifically, when the gap size is zero, the normally incident light from both sides will almost perfectly transmit through the bi-layer meta-grating, generating spatial beam splitting. When the gap size meets certain values (i.e., ), for positive normal incidence (PI), the transmission is about 2%, while for negative normal incidence (NI), the transmission is about 92.5%.

The researchers also made an optimization by considering the real material parameters, which further revealed the good asymmetric transmission effect and verified the feasibility of the bi-layer metagrating in experiment. This work provides a way for the design of high-efficiency asymmetric transmission devices and multifunctional devices in the visible light.