This feature issue of the Journal of the Optical Society of America A (JOSA A) reflects the basic and applied research interests of members of the color vision community. Most of the articles stem from presentations at the 23rd Biennial Symposium of the International Colour Vision Society (ICVS).

Since it inception in 1917, the Journal of the Optical Society of America has served as an important forum for research on color vision. This feature issue on color vision continues that distinguished tradition, presenting peer-reviewed papers from frontiers in both basic and applied research on color vision, including perception and psychophysics, physiology and anatomy, and color-vision deficiencies.

Most of the articles in this issue, including the Verriest Lecture by Professor John S. Werner, are based on presentations at the 23rd Biennial Symposium of the International Colour Vision Society (ICVS) that was held at Tohoku University, Sendai, Japan, July 3–7, 2015. Contributions to the conference reflect the diversity of interests of the members of the ICVS, who include physiologists, psychologists, physicists, engineers, geneticists, optometrists, ophthalmologists, and other related professionals with interests in color vision and color-vision deficiencies.

The editors of this special issue are grateful to the contributors and referees who made this issue possible. We especially thank previous Editor-in-Chief Dr. Franco Gori for the opportunity to publish in this special issue and JOSA A staff for their patient and diligent assistance.

The International Colour Vision Society (ICVS) awarded the 2015 Verriest Medal to Professor John S. Werner at the 23nd Biennial ICVS Symposium that took place in Sendai, Japan, July 3–7, 2015. This award was established in 1991 in memory of the founding member of the Society, Dr. Guy Verriest, and honors outstanding contributions in the field of color vision.

Professor Werner received his Ph.D. from Brown University under the supervision of Professor Billy Wooten in the Walter S. Hunter Laboratory of Psychology. He conducted postdoctoral research with Professor Jan Walraven at the Institute for Perception–TNO in Soesterberg, The Netherlands. He was a member of the Psychology faculty at the University of Colorado, Boulder and is presently a Distinguished Professor of Ophthalmology at the University of California Davis, where he also holds appointments in Vision Science, and Neurobiology, Physiology & Behavior. 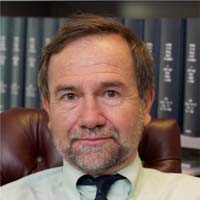 Professor Werner has made important contributions to our knowledge of the development and aging of color mechanisms using psychophysics, VEPs, and most recently optical imaging techniques, OCT, and adaptive optics. He has contributed to our understanding of the processes of aging in perception, particularly as they relate to plasticity and potential clinical applications. Throughout his career he has maintained an active interest in opponent color mechanisms, color in art, and color illusions.

A generation of vision scientists has enjoyed the benefits of reading the many books he has coedited. These include Visual Perception: The Neurophysiological Foundations, Color Vision: Perspectives from Different Disciplines, The Visual Neurosciences, and The New Visual Neurosciences, which, like Professor Werner’s own research, have brought together discoveries from anatomy, physiology, and psychophysics to illuminate fundamental mechanisms underlying human perception. 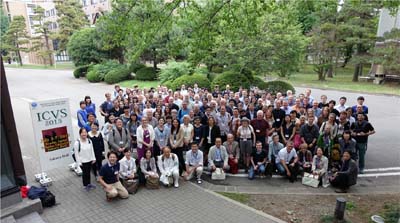 Alert me when this article is cited.

Journal of the Optical Society of America A